Trinidadian Sham Mohammed has been appointed Vice President of the worldwide Beach Soccer Foundation.
Mohammed who is the managing director and owner of Miscellaneous Marketing Limited and local Northern Football Association club Laventille United, has had a relationship with Beach Soccer Worldwide for the past few years, involved in several of the projects and events across the globe.

Beach Soccer Worldwide (BSWW) is the company recognised as playing the biggest role in helping to establish the rules of beach soccer, to spread and evolve the sport around the world as cited by FIFA who took on governing body status of the sport from BSWW in 2005. Having established the sport’s key regulations, FIFA acknowledged Beach Soccer worldwide’s framework, making their rules the official laws of beach soccer and now controls them and any modifications. 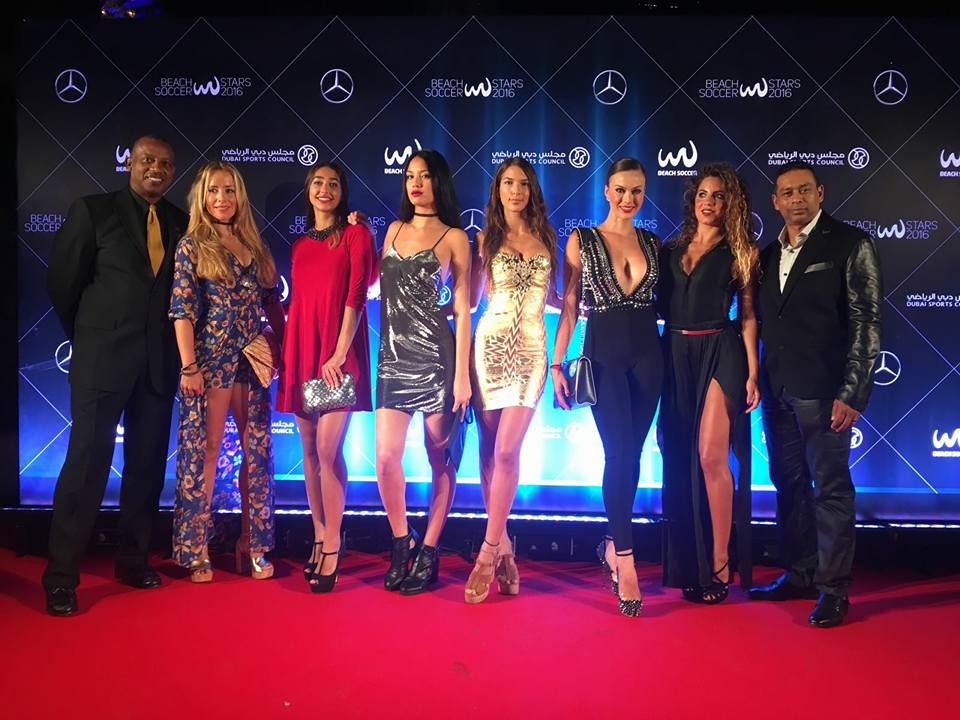 Mohammed at right with the Beach Soccer Worldwide models.

Beach Soccer Worldwide extends its commitment beyond purely sport development and in 2009 created the Beach Soccer Foundation to tackle three main issues surrounding the sport including Environmental protection through awareness and recycling; the development of children and young people through sport and awareness and prevention of skin cancer.Mohammed has been appointed to help the foundation develop its mission in the CONCACAF territory. Beach Soccer Foundation director Santi Soler stated in Mohammed’s appointment letter earlier this month, “Based on the past collaboration you had with Beach Soccer Worldwide we have the pleasure to inform you that our founder Joan Cusco has made the proposal to the Foundation board members to appoint you as Vice President to develop our mission in the CONCACAF territory and the board has fully backed  the proposal and approved the appointment. We are looking forward to start our collaboration and to hearing your initiatives and activities to develop foundation mission and objectives across the region.”Mohammed commented, saying “I am truly honoured to receive this appointment to serve the sport of beach soccer through the Beach Soccer worldwide foundation. The sport continues to grow globally and has developed a brand that is well known wide and far in the different confederations of FIFA. Concacaf is also well represented and we are now looking forward to the FIFA Beach Soccer World Cup in Paraguay in November. Our intention is to stage more programmes and  activities to further push  the development and growth of the sport within CONCACAF.”

The popular Beach Soccer Foundation Clinic took place in Nassau in during the CONCACAF qualifiers in 2017  when members of the Trinidad and Tobago, Bahamas and United States teams took part part as a  group disadvantaged local youngsters were given an unforgettable experience with stars of the Championship.
Photo at top shows Sham Mohammed at left with CONCACAF General Secretary Phillipe Moggio (centre) and Beach Soccer Worldwide vice president and FIFA board member Joan Cusco